This taxpayer is not particularly a subscriber to the conspiracy theories that abound.

However, when one reads a news article such as the below from the Associated Press, it really makes one pause.

“PHILADELPHIA – A federal lawsuit accuses a suburban Philadelphia school district of spying on students at home through school-issued laptop webcams.

“The suit says Lower Merion School District officials can activate the webcams remotely without students’ knowledge. The lawsuit alleges the cameras captured images of Harriton High School students and their families as they undressed and in other compromising situations.

“Families learned of the alleged webcam images when an assistant principal spoke to a student about inappropriate behavior at home.

“The school district says it has deactivated a security feature intended to track lost or stolen laptops.

“The district says the tracking feature would not be reactivated without ‘written notification to all students and families’.”

Wait one minute. No, two minutes.

Supposedly there was a security feature in the laptop designed to track it.

How is it that this “security feature” was a webcam? It would seem as if a device, more like LoJack (which is made for laptops), would “track” a lost or stolen laptop to a location.

Perhaps it was someone’s bright idea that installing the webcam would then also provide the identity of the thief. 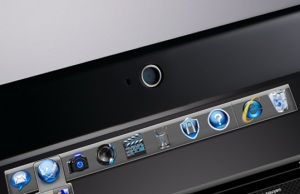 More importantly, why would an assistant principal even be involved with what he/she considered inappropriate behavior by a student – in the student’s home?

That certainly oversteps any and all authority that school district personnel have with students. (What does the U.S. Department of Education have to say about this district’s antics?)

This action tramples all over our Bill of Rights.

Thankfully, for all the families in Lower Merion, the assistant principal acted inappropriately and confronted the student and that the student had the presence of mind to report such a gross invasion of privacy.

Just as astonishing, the school district says that the tracking feature “would not be reactivated without ‘written notification to all students and families’.”

From there, the leap begins.

Are the urban legends true that the webcam in my laptop is monitored by someone, somewhere without my knowledge, let alone consent? That the reason cable/FIOS boxes are bigger (when almost all electronic equipment has become smaller) is that they are hiding cameras that capture my every move?

When something as atrocious as this story is real, it does make one wonder.