One of the most visited monuments in America is Gateway Arch, located along the Mississippi River in St. Louis, Missouri, attracting some three million people annually.

The original concept, as envisioned by then-mayor Bernard Dickmann in 1933, was to construct something that would “replace riverfront slums with a permanent monument to the Western pioneers.”

The project eventually began in 1947 and once five finalists designs were narrowed from 172 original submissions, the judges unanimously chose that of architect Eero Saarinen (who wrote that it symbolized “the gateway to the West, the national expansion, and whatnot”) and structural engineer Hannskarl Bandel. Ground was broken in 1959, the foundation laid in 1961, construction of the arch commenced in 1963, was completed in 1965 and it officially opened two years later.

Standing 630 feet tall and measuring 630 feet wide, the Gateway Arch is the tallest man-made monument in the United States and has become the iconic image of the City of St. Louis. It is located in the Jefferson National Expansion Memorial, near the starting point of the Lewis and Clark Expedition.

Following are images of the Gateway Arch captured one foggy November morning, 2010. 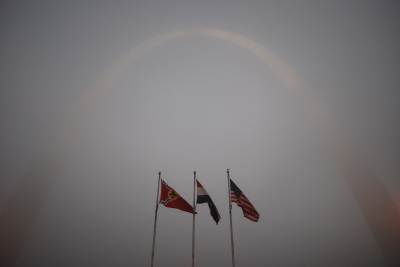 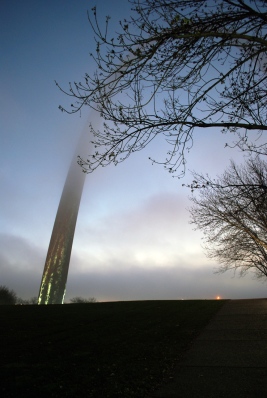 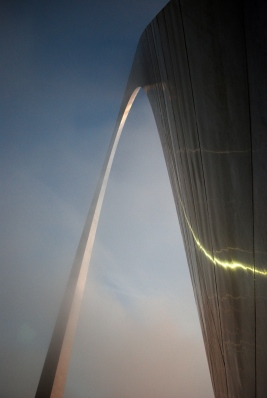 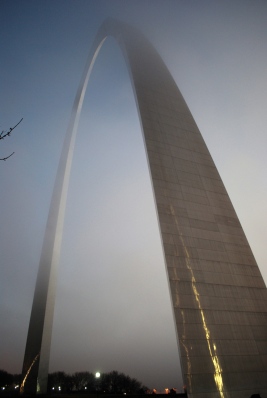 There is an observation deck, accessible by tram, located around the apex of the arch where approximately one million people per year view, on a clear day, up to 30 miles. It sits atop the Museum of Westward Expansion.