The US Supreme Court has agreed to hear arguments concerning the constitutionality of the Patient Protection and Affordable Care Act.


The worst thing that could happen would be for the justices to rule in favor of forcing American citizens to purchase health care based on the interstate commerce portion of the Constitution, as is the case in the 2,700 page, one trillion dollar piece of legislation, the Patient Protection and Affordable Care Act.

That commerce clause has been utilized by politicians in an ever-widening sphere to regulate virtually anything.

It does not take an expert in constitutional law to know, without doubt, that forcing citizens to purchase health care with interstate commerce as the vehicle to do so is not only just plain wrong, it is illegal.

If this health care law is not repealed, the end result is that Capitol Hill, those citizens who are bound by oath to serve America’s best interests, have, simply stated, stripped away another right of freedom from Main Street USA.

The freedom to make independent decisions.

Any person should question why, if this legislation is such a good universal solution to health care, members of Congress are exempt from taking part. That our esteemed officials have so elected to distance themselves from something that is supposed to be so very good for everybody makes one wonder why they would do such. 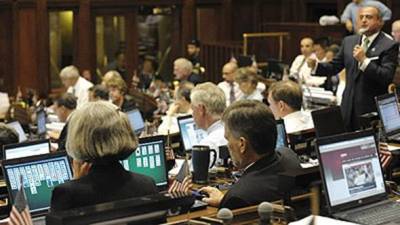 That they can do this, as well as mandate retirement ages for the private sector but not themselves, among other inequities, is just another reason there should be a 28th Amendment:

On another health care related note, it is interesting that White House Communications Director Dan Pfeiffer stated that a positive aspect of the bill is that insurance companies “have to spend more of your premiums on health care instead of advertising and bonuses,” yet Congress and the White House allow drug companies to saturate the media with myriad ads promoting drugs that can cause “suicidal thoughts or actions” and “sudden unexpected death.”

And, it is a certainty that politicians accept all manner of financial support for their campaigns from insurance companies, executives and employees.

Such is hypocrisy in politics.

Let us hope the Supreme Court is able to rise above politics in their decision regarding the atrocious Affordable Care Act.