As there has been extensive coverage regarding bikinis and supermodels the past few weeks, starting with Extra’s Maria Menounos bikini-clad show in Times Square, followed by the unveiling of Kate Upton as the Sports Illustrated Swimsuit cover model (again in Times Square), and then by former SI supermodel Kathy Ireland gracing Forbes as a supermogul, perhaps a brief look at the history of SI and their Swimsuit Issue is in order.

On January 20, 1964, Sports Illustrated magazine began what has become an annual megaevent, while also assisting in greatly popularizing the bikini and in launching a new Supermodel era.

The original idea was to fill some pages of the magazine with content during the then-slow winter sporting months. The issue featured Babette March on the cover with a five-page layout inside. 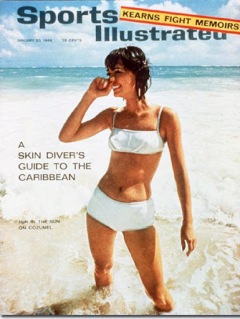 The vast majority of women who have graced the Swimsuit Edition cover and interior have been models, though entertainers and athletes have also participated, such as Beyonce Knowles (cover), Anna Kournikova (inset and interior) and Danica Patrick (interior). 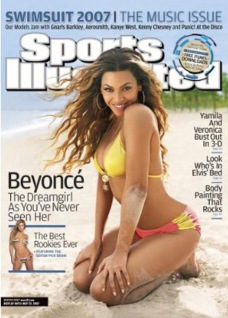 Only one woman has claimed the throne five times, that being Elle Macpherson (1986, 1987, 1988, 1994 – shared with Kathy Ireland and Rachel Hunter, and 2006 – featuring an all-star cast of previous cover models). Ireland, Cheryl Tiegs, Christie Brinkley and Daniela Pestova have each adorned the cover three times. 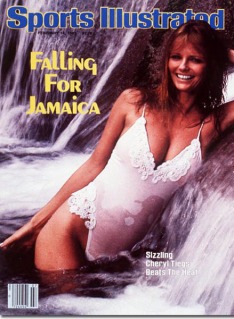 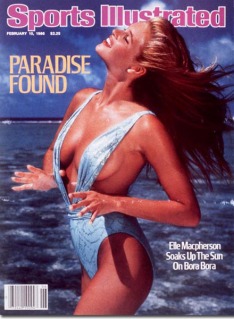 While most people probably relate the Swimsuit Edition entirely with bikinis there have been plenty of issues where a one-piece suit was featured though, admittedly, the last one-piece cover appeared in 1998 with Heidi Klum.

More recently, in the 21st century, the bikinis have become smaller or non-existant with some covers displaying the models wearing just the bottoms while holding their bikini tops or covering themselves, i.e., the 2006 “All Star SI Cover Model Beach Party.” 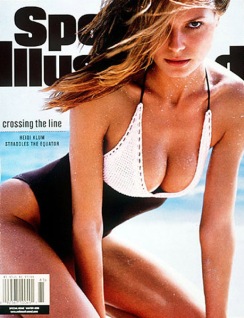 Throughout the years SI has lost some readers due to the provocative nature of the women and their suits, they have been critized by others who have accused the magazine of selling women as a product, and probably myriad other reasons.

Despite it all, Sports Illustrated has survived and is the 15th largest circulation magazine in the United States while the Swimsuit Edition generally ranks extremely well in single issue sales every year.

And, as an bonus, especially for the models, SI has launched quite a few very profitable careers.

One can only speculate what the 50th Anniversary issue will contain in 2014.