Technology is amazing. It is fun. It makes activities more enjoyable. It makes work easier.

There is much to be admired about the tech world.

There are also the problems faced when that technology, which has become so completely integrated into both work and play, goes down. Nothing is cursed more than a crashed server or frozen screen when one is in the middle of an important project.

Even further, though, there is a tech-control factor at play.

While the leaders of the American government have used all manner of excuses to erode the personal liberty and freedom upon which the country was founded, there are tech giants willing to go the extra mile in their quest for control. 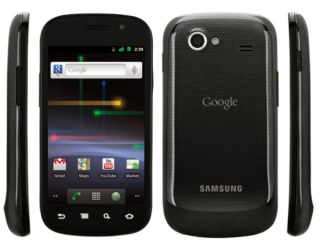 It is a fabulous smart phone, an excellent alternative to the much more expensive Apple iPhone.

How, one might ask? Easy. If Wallet is not activated it eats battery juice at an unbelievably fast pace. Without using the phone, with the Wallet application running (though not activated and in use by the consumer), the phone will last less than 24 hours before needing to be charged.

That, quite simply, is insane.

The issue is that Google does not allow an owner to delete the Wallet application, despite the fact that certain consumers will never use a wireless device to transact financial matters.

The only effective method found to date to limit the intense drain caused by Wallet is to take a minute or two, every few hours, and Force Stop Wallet. Doing that will keep its energy-gobbling to a minimum.

It is true that Google has, in many ways, made life better for millions upon millions of people around the world.

However, a line must be drawn between convenience and dominance (i.e., control).

That type of control loses customers.

The iPhone is looking substantially better all the time.

Unless otherwise noted, all copy and images on the Main Street One™ blog are © Scott D Welch. All Rights Reserved. Unauthorized reproduction or use prohibited by applicable law. Virtually all images are available in hi-res for licensing.
%d bloggers like this: