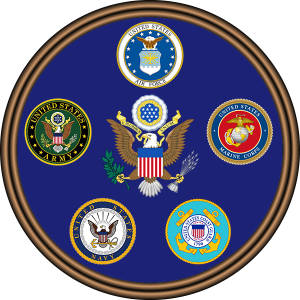 In the United States there is a day honoring all of our veterans.

That day is today – Veterans Day.

A veteran is any person who has served in any branch of the United States Armed Forces and was discharged, left the service, under any conditions other than dishonorable.

The significance of this particular day is that it marked the end of World War I which formally ceased at the 11th hour of the 11th day of the 11th month of 1918.

A Congressional act, approved on May 13, 1938, declared November 11 to be a national holiday, stating that November 11 is “a day to be dedicated to the cause of world peace and to be thereafter celebrated and known as ‘Armistice Day’.” The name was changed from Armistice Day to Veterans Day in 1954.

So, thank you Veterans.

We are still the Land of the Free.

Because of the Brave, our Vets.

As a final note, for those who may not know, according to the U.S. Department of Veterans Affairs, the attributive form (no apostrophe) is used rather than the possessive case as the official spelling “because it is not a day that ‘belongs’ to veterans, it is a day for honoring all veterans.”