There may be no actress on Earth better known than the iconic Marilyn Monroe. 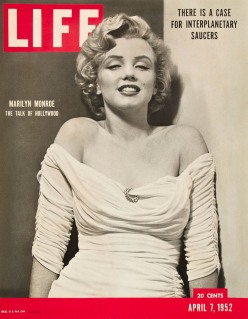 From the foster home child, Norma Jeane Mortensen-Baker, through her rise as Marilyn Monroe, one of the most sought after stars to ever hit the screen, her life was filled with the highest of highs and the lowest of lows.

There have been numerous biographies and articles written about virtually every aspect of her fabeled life. Many speculate about her death and the missing hours between the discovery of her body and when medical assistance was finally called.

Despite any and all writings, there is, unfortunately, nothing definitive and that mystery will probably so remain: accident, suicide, murder?

Approximately one-and-one-half years ago, Vanity Fair magazine presented a cover story concerning the contents of what is being called Marilyn’s Secret Diaries. 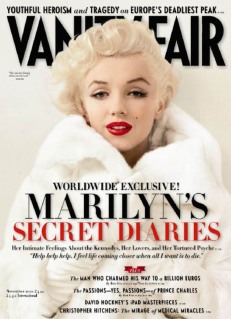 Hidden away in two locked file cabinets were scores and scores of momentos, recipts, notes and other bits of the private, larger-than-life, sex symbol.

The short video below provides a glimpse into the contents of the cabinets. The magzine provides the overall picture and may be found on amazon.


The years pass. Marilyn endures. Her mystery is sure to provide writers with ample fodder for a long time to come.

Marilyn left behind a body of work for which she could be proud and which people around the world continue to enjoy.