The history of Hever Castle, located in the village of Hever, Edenbridge, Kent, England, dates to 1270 and had its beginnings as a country house.

Sir Geoffrey Boleyn, Lord Mayor of London (1457/8), knighted by King Henry VI and who was the great-grandfather of future Queen Anne Boleyn, purchased Hever in 1462 and converted it into a grand manor. 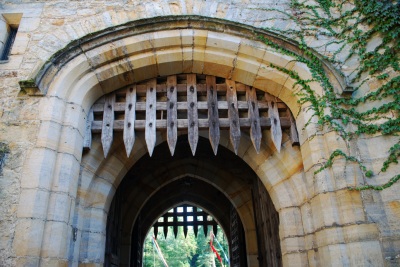 Though Anne did not spend many years at Hever Castle, it is where she grew as a child, until 1513 when she was sent to the Netherlands to receive her education. Anne became the second wife of Henry VIII and served as Queen from 1533 until Henry had her executed for high treason in 1536. Hever came to be King Henry’s when Sir Thomas passed it to him in 1539 and from there Henry gave it to Anne of Cleves in 1540 as part of their annulment settlement.

The castle changed hands several times and was in serious disrepair when American businessman William Waldorf Astor acquired it in 1903, renovating it for a family residence and who later added a Tudor village, as well as the extensive gardens and a lake. 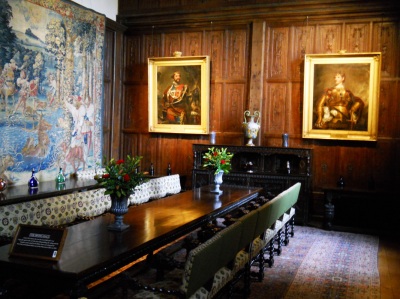 Hever Castle – which boosts a 16th century feel with Tudor portraits, furniture and tapestries – and its grounds are open to the public, while the estate is run as a conference center.

A trip to Kent, England, must include a visit to this historic castle.