Kobe Bean Bryant entered the National Basketball Association (NBA) right out of high school as the first guard to ever do so, in 1996. On draft night the Hornets selected him and he was immediately, as was prearranged, traded to the Los Angeles Lakers.

The Black Mamba stayed with the Showtime Lakers for his entire 20 year career, earning 18 trips to the All-Star game, being named 15 times to the All-NBA team, locking in 12 All-Defensive Team honors, taking home 5 NBA Championships (one three-peat and one repeat), nabbing 2 NBA Finals MVP Awards, and 1 NBA MVP, among many other honors and accomplishments. His 18X All-Star appearances is second only to NBA All-Star and Hall of Famer Kareem Abdul-Jabbar’s 19 nods. 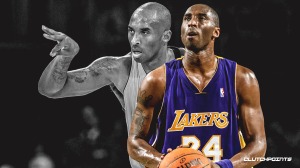 He was a monster on the court, offensively and defensively, and earned the respect of virtually anyone who played or watched the game, even those who hate on the Lakers, for their 16 total NBA Championships, second only to the Boston Celtics who have won 17, 11 of which were gathered with NBA All-Star and Hall of Famer Bill Russell. 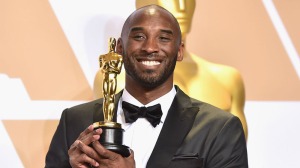 Due to a very serious torn Achilles tendon in 2013, and further injuries to follow, his remaining few years with the team were not vintage Kobe, although his last game, the 2016 season finale on April 13, saw him scoring a season-high 60 points against Utah, where, during this last hurrah, he outscored the entire Jazz team 23–21 in the fourth quarter, ensuring a Lakers 101–96 victory.

He was also a two-time Olympic Gold Medal winner (2008 and 2012) and, after his retirement he won an Oscar in 2018 for the Best Animated Short Film, titled “Dear Basketball.”

Kobe Bryant will be missed on many levels.

May he Rest in Peace!